What exactly did the Kapiti science writer do wrong? Or is Bob Brockie on the side of the angels?

A huge row has broken out over a column by Kapiti science writer Bob Brockie, who dared to question Otago University’s decision to let a Maori consultative committee consider all science research projects.

(Scroll down to see our “Iwi Consultation” opinion piece on April 10.)

I happen to believe in the principles of the Treaty of Waitangi.

I also believe in the right of Scientists to pursue their projects wherever this takes them — providing they follow ethical guidelines, respect human rights, and do not break the law.

So make up your own minds on this issue please. It’s at least as important as the Commonwealth Games!

Here, in full, is Bob Brockie’s column from The Press … 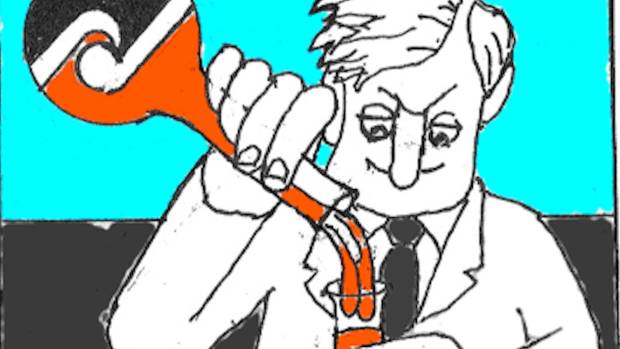 ‘Ngāi Tahu must be consulted about “all areas of research” before Otago scholars undertake their work.

But in 2010, things changed when our Royal Society reformed itself into an “Academy” and appointed representatives of the humanities to its councils.

These artistic and literary councillors, going under the name Te Whāinga Aronui o Te Apārangi  brought a lot of cultural and political baggage from the humanities with them. Some from the art world believe there are no such things as facts – just different opinions about facts, ambiguity is OK, everybody’s opinions are of equal value, whether of a quantum physicist or a Stone Age nobody, and that other people’s beliefs and opinions must never be questioned (thereby committing the sin of “decontextualisation” aka political incorrectness).

Some humanities grandees badmouth the intellectual gains of the Enlightenment and would knock science off its perch.

This year, Te Whāinga write that the Royal Society “needs to place the Treaty of Waitangi centrally, and bring alongside that inequity and diversity issues in a holistic manner“.

The Treaty has no place in scientific endeavour. To make it the centrepiece of the Royal Society agenda beggars belief.

Otago University recently proclaimed that Ngāi Tahu must be consulted about “all areas of research” before scholars undertake their work. All proposals must be submitted to the Office of Māori Development. Staff and students are warned that consultation may take time so are advised, “to start well in advance of preparing your proposal”.

There may be some justification for these requirements when researching Māori DNA, or Māori archaeology but most scientists who pursue these topics make sure they are on side with local Māori and come to appropriate arrangements with them before undertaking their research.’

Otago researchers are looking into everything under the sun – zeta functions, quantum physics, logistics, dental technology, Roman Law and compositions by Brahms. What expertise do kaitakawaenga have in evaluating these research proposals?

It must be also be acknowledged that Ngāi Tahu run a number of commercial companies (running a surplus of many millions annually) and could go thumbs down on research that questions or challenges its business motives or operations.

I am astonished that a Māori iwi has the audacity to impose these heavy-arm rules on scientists, and more astonished that Otago University has acquiesced in these proscriptive, inquisitorial demands.

The only researchers to speak out about these issues seem to be retirees. Young researchers dare not question these moves for fear of being labelled racist and putting their careers at stake.

Acceding to these pressures degrades the standing and reputation of the Royal Society and academia.’

I wonder what my favourite Otago University history lecturers, Professors Janet Davidson and Foss Leach would make of all this. Personally I’ll continue to take my New Zealand history shaken, not stirred and defiantly not sanitized. Thank you Mr Brockie for exposing this travesty in the media.