Waikanae library supporters have launched an urgent petition for the restoration of the Waikanae Library — and by last weekend it had gained more than 1,000 signatures.

They say the Waikanae town centre is now a skeleton of its former self, with businesses hit hard by the closing of the Library.

The organises have sent the copies of the petition to Kāpiti Coast councillors with this message:

‘Five years after KCDC Open Days for the redesign of the Town Centre, the new and attractive Mahara Place was officially opened in October 2019.

‘The final design also included a new entrance to Waikanae Library opening into this new space, but the Waikanae Library had closed in December, 2018, because of years of water damage.  Patronage of the town centre and its businesses immediately plummeted.

‘Waikanae has no HEART.  Since the closing of Waikanae Library, there has been no community hub for residents in Waikanae.

‘The cornerstone of our town centre is a dark and gloomy skeleton.  $1m was spent to beautify and revitalise our square but our library has now stood derelict for 20 months and KCDC’s investment in the town centre has not been optimised.

‘Businesses experienced a 50% drop in patronage the day the library closed.   They have not recovered.

‘Mahara Place has been upgraded, and is an attractive outdoor space, but to maximise its effectiveness a Waikanae Library and Community Hub should lead out onto it, as was envisaged before the library was closed.

‘The Pop-up library is too small to fulfil this objective.  The cheerful staff there make the most of their tiny space with the limited selection of books they have.

‘But so much is missing – many more books and other media; community spaces for all age groups to safely enjoy and help reduce social isolation; a computer suite for those not able to access modern technology any other way and to tackle digital exclusion; meeting rooms available to community groups;  space for training opportunities for young and old;  our information centre  –

Wellbeing of the community at risk

‘The recreating of a Waikanae Library Community Hub fulfils the four well-beings listed in the Local Government (Community Well-being) Amendment Act, “to promote the social, economic, environmental and cultural well-being of communities”. 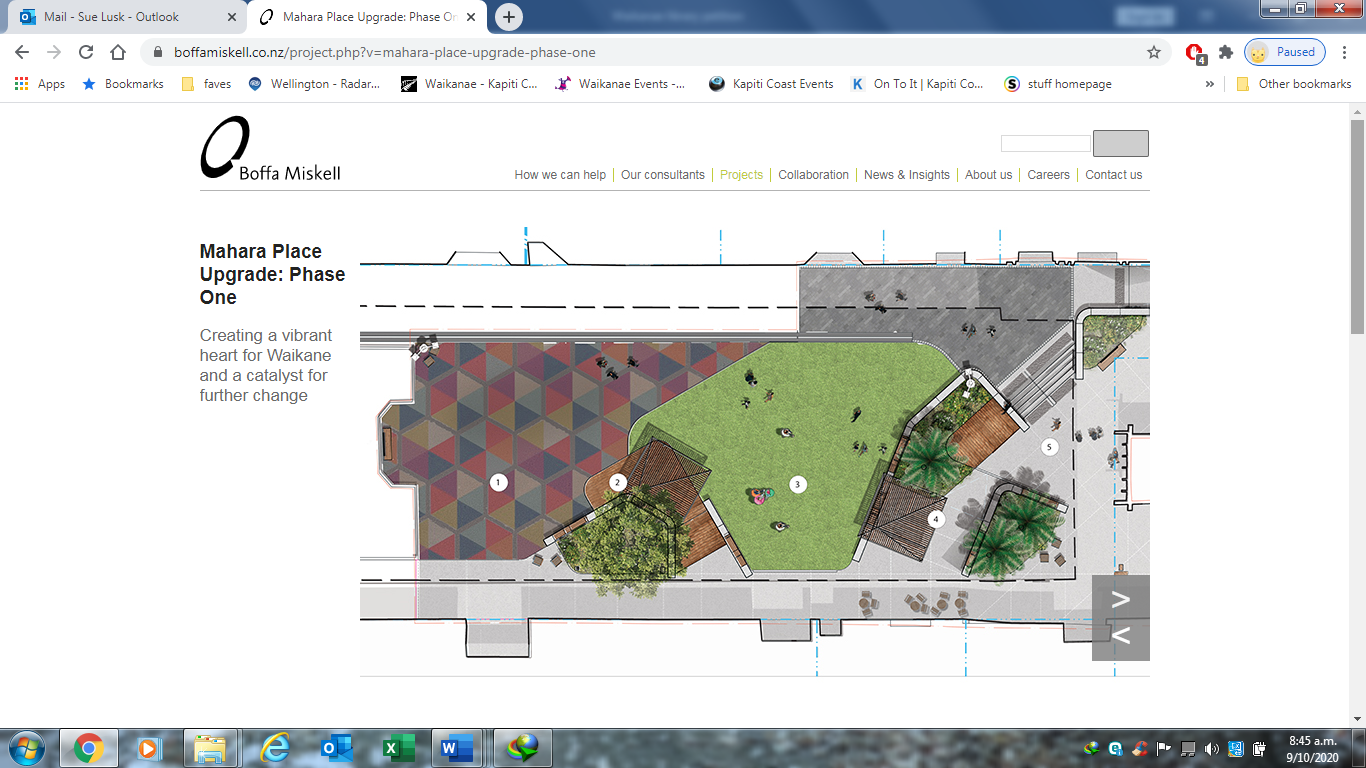 ‘We hereby petition for the library to be refurbished with the utmost speed to restore the heart of Waikanae, linked, as has already been designed and landscaped, to a “library plaza” into the square.

‘KCDC offices were ( formerly ) gutted to a concrete skeleton; our library’s skeleton is 100% of earthquake code and can be similarly redeveloped.

Dear Leslie,
It might be somewhat comforting to know the budget for this first year of the redevelopment process is in the current annual plan. It covers important consultation with the Waikanae community to know what you want in your community library.
To be followed by draft planning with a stakeholder group, tender process for suppliers and contractors, consenting and it is underway. The replacement of a full Waikanae library has always been a priority for your council even with the unexpected demands put on the current annual budget by the covid-19 event and recovery. We all look forward to a new Waikanae library, no petition needed. Districtwide Councillor Jackie Elliott.

As a former district library manager for the Kapiti Coast, I am appalled that library service in Waikanae is only a pop-up one. It is time to return a quality library to this well-educated, well-read community.