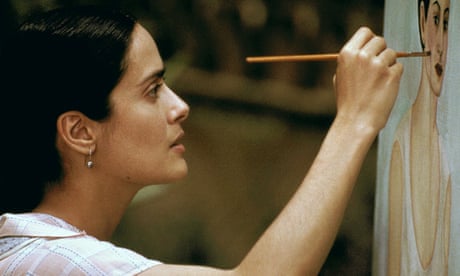 “I recall Miramax telling us they were a nightmare to work with and we should avoid them at all costs,” Jackson said, referencing the production company Weinstein ran with his brother Bob. As a direct result, he said, both women fell out of the running for parts in his Lord of the Rings series.

“At the time, we had no reason to question what these guys were telling us. But in hindsight, I realize that this was very likely the Miramax smear campaign in full swing. I now suspect we were fed false information about both of these talented women.”

His admission in an interview published on Thursday offers the latest glimpse into the Weinstein machine – the byzantine network of alleged enablers and informants, the gossip and threats Weinstein is accused of using to protect himself against sexual assault claims and punish those who rejected his advances.

Sorvino and Judd have both claimed they refused Weinstein’s pressure to have physical relationships, and Sorvino has said she felt “iced out” of the industry after rejecting his advances.

On seeing Jackson’s interview, Sorvino tweeted on Friday: “I burst out crying. There it is, confirmation that Harvey Weinstein derailed my career, something I suspected but was unsure. Thank you Peter Jackson for being honest. I’m just heartsick.”

Judd said, “I remember this well.”

Jackson denied knowing about sexual assault allegations against Harvey Weinstein and said he has long since ceased to work with the Weinstein brothers because they acted like “second-rate mafia bullies”.

Although Jackson was, in the early 1990s, developing the Lord of the Rings series for Miramax, production eventually moved to New Line Cinema.

A spokesperson for Harvey Weinstein denied he and his brother, who were credited as executive producers on the series, had any input on casting choices.

“Mr Weinstein has nothing but the utmost respect for Peter Jackson. However, as Mr Jackson will probably remember, because Disney would not finance the Lord of the Rings, Miramax lost the project and all casting was done by New Line,” the spokesperson said in an email.

Earlier this year, the spokesperson claimed, Sorvino asked Weinstein to cast her husband, Christopher Backus, in a television series.

The New York Times and the New Yorker previously reported that Weinstein cultivated a far-reaching network of entertainment professionals, spies, and media allies to help him deflect potential exposure or retaliate against the source of those threats.

Weinstein is alleged to have told multiple women he could enhance their careers or ruin them depending on how they responded to his sexual advances. One actor, Annabella Sciorra, has accused Weinstein of violently raping her and suspects him of ruining her reputation.