In this the final segment of Jim Hilton’s presentation to the Nelson Science Society he discusses the results of poisoning and provides some ideas on a way forward. (To see the earlier instalments, refer to the New Zealand’s Biodiversity section at the top.) 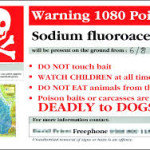 Modern science tells us 80% or more of the targeted wildlife species are killed by poisons. Stoats, rats, possums, deer, pigs, goats, tahr, chamois and wallaby are now in very low numbers in the forests which are regularly poisoned. We also know that 70% or more of non-target wildlife, like robins, tomtits, frogs and insects, are also killed.

All we are doing with aerial poisons like 1080 is constantly diluting our wildlife, native and introduced. It is an expensive exercise in futility, financially unsustainable, ecologically unsustainable and not doing the job of saving species at all. It is killing them, some faster than others. Despite the use of repellents to make the baits unattractive to some species, poisons are still basically non-selective. Our latest organisation to promote even more poisoning is “Predator Free New Zealand.”

How anyone with a reasonable understanding of how wildlife interacts with its environment can think New Zealand’s food web can survive without predators is a mystery to me. It defies the basic rules of biology. “Poison Free New Zealand” is what we need, with sensible wildlife management to “rewild” our forests with browsing wildlife and domestic animals again.

That way our remaining native forests will more resemble their pre-human state of 800 years ago: a well tracked forest with an open under storey, where our rare and endangered birds like kakapo, takahe and saddleback can again thrive. Modern medicine has discovered that endocrine-disrupting poisons like 1080 can reduce fertility and cause birth defects at levels as low as parts per trillion. The sophisticated markets which pay top dollar for our export produce are insisting more and more on a clean bill of health.

They have the testing procedures to make sure we play by the rules. Natural diseases like TB are easily avoided; not so the damaging effects of pollutants from our industrial age.

Freedom of information about science Modern computing has changed the way we educate ourselves and the way in which new science filters through to the public. The scientific information, which underpins the cornerstones of how we live, is available at the tap of a hand-held smart phone or the click of a mouse on a computer keyboard.

Science can be quickly read, discussed and debated electronically. As quickly as one interest group tries to protect its patch and hang on to its market share, another interest group is demanding freedom of information and consensus.

These forces will hopefully bring back a real biodiversity to New Zealand.

Jim Hilton exaggerates 1080 effect on robins. Or he makes assertions based on older methods of 1080 use. These days, newer baits and better dispersal techniques minimise the effect on native species as evidence in the 2012 Silver Peaks post-drop study paper.

Adult robin survival
No known robins died as a result of the poison drop. All marked
robins that were found before the 1080 drop at Silver Peaks
(n = 19) were resighted afterwards (100% resighting rate).
In addition, several unbanded birds were noted in locations
where unbanded birds had been seen prior to the 1080 drop
(a)
(b) (c)
(one unbanded pair and three unbanded individuals paired
with banded birds). All 15 banded robins that were monitored
during the same period at Silverstream were also resighted
in subsequent surveys, as was one additional unbanded bird.

Next time when you get a person to report on biodiversity actually get a scientist who knows what they are talking about and can use there qualifications properly to write a proper fact based article. I have been reading these articles on biodiversity and they are so full of rubbish pseudo science and propaganda its not even funny anymore. Jim Hilton one of the leading anti 1080 tin foil hat brigade wearing propaganda spin doctors.
He has a degree sure but obviously he didn’t learn much when he got it. When you write about science you need to back it up with peer reviewed articles not just some rubbish that is made up by himself from his own personal vendetta against something. No doubt his argument to back his comments are “I’ve spent all these years in the bush I know all blah blah blah.

No wonder your webpage/”news” is independent as any reputable newspaper would not publish such blatant propaganda. I will not be reading any more of your stuff or recommending this to anyone.

What a pathetic series which could have been great if written properly.

Hi. Thanks for this. You will probably have read the other nine instalments of Jim Hilton’s talk in the “New Zealand’s Biodiversity” section at the top. For more on this topic, put “Maggie Could Ban 1080” in SEARCH and this will bring up an earlier article. Towards the end of the article you will find a number of other sources on the issue of poisoning the land.

Awesome site you have here but I was curious if you knew of any community forums that cover the
same topics talked about in this article? I’d really like to be a part of community where I can get feed-back from other knowledgeable people that share the same interest.
If you have any recommendations, please let me know.
Appreciate it!

IMO (In my opinion) the best community forums on 1080 poisoning are Facebook pages “1080 eyewitness”, “NO to 1080 use in NZ” and “1080 does the job you don’t”. There are many others like FATE (Farmers Against Ten Eighty), CATE (Communities Against Ten Eighty), KAKA 1080 Group (Karameans Advocating Kahurangi Action).